I worked on a couple small things last week, since I needed a break from staring at but NOT working on the king sized quilt I managed to botch up and have to rip apart and trim and resew...

First was a fabric ball for a lovely six year old who said she wanted a ball after getting a look at my hexy paper piecing kit.  I figured she wont have high craftsmanship standards so I was not worried about her being too dissatisfied with whatever the end product was ;) 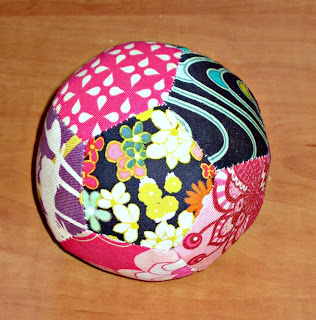 She picked out fabrics from the kit to use (do I have to admit I'd sewn some of it together before I realized  you need at least SOME pentagons to make a ball fit together?) so I decided to do all pentagons instead and cut the same prints in the new appropriate shape.

I used this tutorial, but decided to paper piece (since the whole idea came up after a discussion of paper piecing).  I think machine sewn would've been nicer looking or at least using pink or purple thread, but I used Gutermann specifically made for hand quilting that I've been using for all my paper piecing. 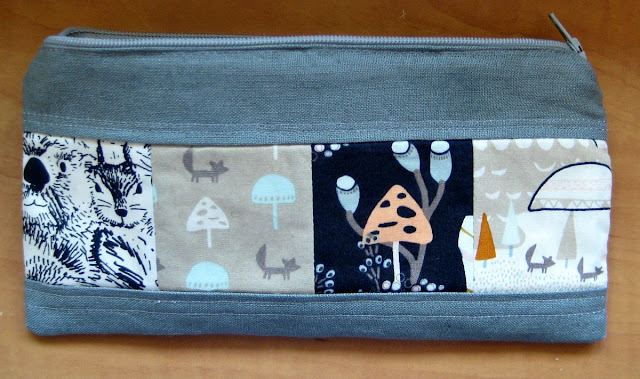 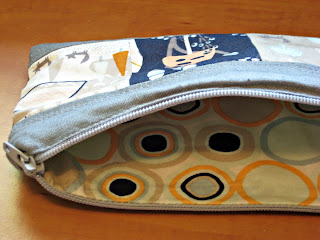 Next was a pencil pouch with the tutorial from Little Big Girl Studio.  It had a slightly different take on putting together the pouch than I've used before, and was easy to follow with great pics.

For this I used Essex linen and prints from Art Gallery's Indian Summer.  It was near impossible to cut 2.5" squares for the patchwork, I wanted to include MORE of the prints not less!

It was the perfect size to use as a clutch for an event over the weekend, fit keys, ID, phone & lip gloss :)