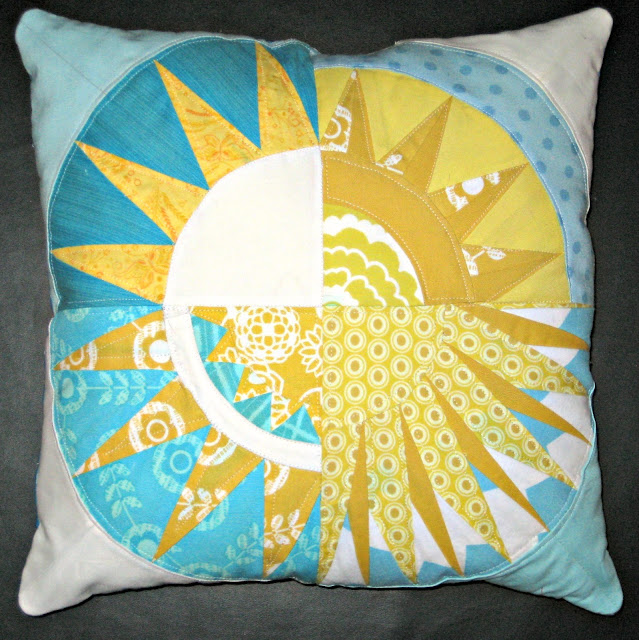 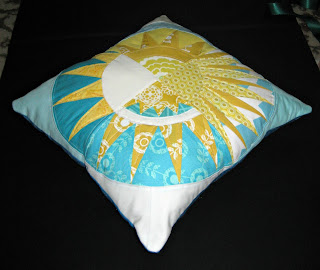 I am not sure I'm getting any better at paper piecing, but I am getting more patient at unpicking tiny stitches!

Pretty sure I'd written about wanting to do some New York Beauty blocks from the QAL that Sara at Sew Sweetness did last year.

I was originally going to do four blocks for the front and four for the back but I decided to take the easy way out and ..not do that. A nice simple back was about all I was up for by the time I finished the front :| 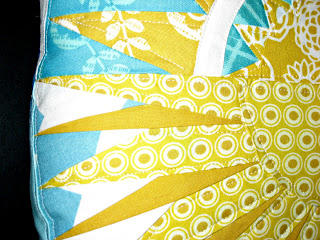 I used blocks 0, 4, 8 & 6. There are tutorials with helpful hints, all of which I totally ignored.

I didn't expect to default to "the sun is yellow, the sky is blue" philosophy but it sure simplified fabric planning!  I wish I'd taken pictures before I made it into a pillow, it was much prettier flat.  Seems like I should've added a border around it so the blocks were fully visible.  If I'd paid better attention in the Flickr group I would've realized this would be a problem. 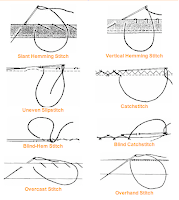 I stuffed this instead of using a pillow form, and handstitched the opening closed.  One thing I DO need to do is figure out how to sew pillows closed so that it doesn't crimp oddly.

Apparently out of the many many ways to do it, I chose an option that wasn't any of them.  I'll be be resewing the closure when I have a bit of time because it doesn't look nearly as lovely as it should. 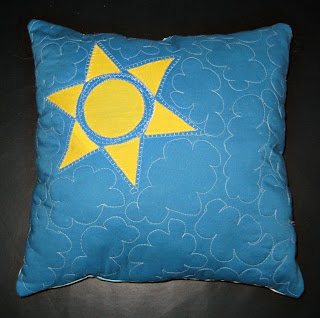 The back well...an appliqued sun and free motion quilted clouds.  Not too much to say about it *cough* I took the lazy way out, as an excuse to practice my fmq.

I'm glad I tried my hand at these blocks, they didn't scare me too much, and it was relatively easy to match the seams up (aka I didn't screw anything up too much)

Now that I've had a few more minutes to think about it I've realized a better option is to just  un-pillow this and turn it into a mini quilt for the bedroom. I have a lot more wall space available than pillow space after all...