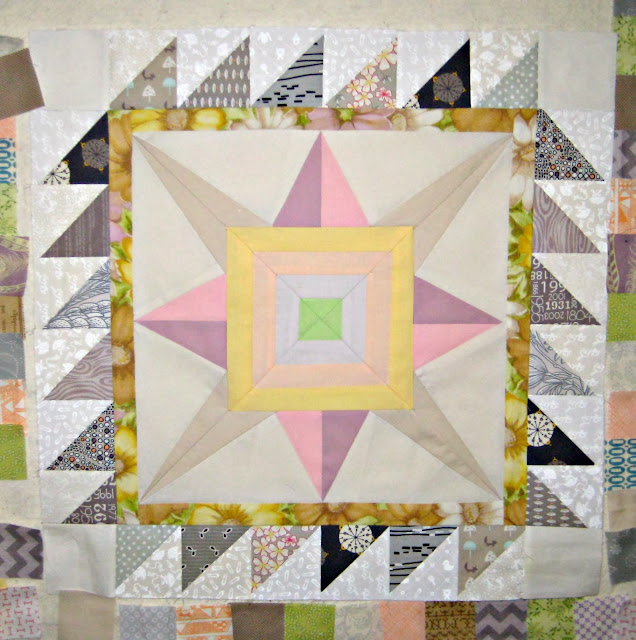 I am working on a self drafted medallion quilt, after having so much fun with the Modern Medallion from Handstitched class, and the Marcelle Medallion I did with Penny Poppleton's QAL. Uh, that second one is still in very early stages of handquilting, so I don't know what the hell possessed me to start another quilt. 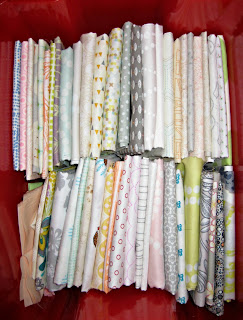 It's kinda but not really a low volume quilt, and I decided to name it because it's cooler that way, right?  Drafting paper pieced medallions without being exact at measuring isn't awesome, but this his how far I am to date.  I chose all solids for the medallion, one art gallery pure elements solid, with the rest selected from the new colors in the Moda Bella line, since I was lucky enough to win a bundle from Shruti during her Bella Parade.

Natural light is more flattering -  its not really that dayglo playdough colors.  If it ever stops raining I'll grab one outside.  Over there to the right are most of the fabrics I'm pulling from for this.

And yeah, I put one rows of HST facing the wrong direction.  More unpicking to do - and now I have a lamp for the living room so the light is better in there and I can see what I'm doing in the gloomy rainy season here!

Really I think this might turn out horrifically, but I'm enjoying the process of deciding what I want for each border, and that is satisfying enough!
Posted by Ali at 1:37 PM