Marcelle Medallion - Cause Everybody Is Doing It 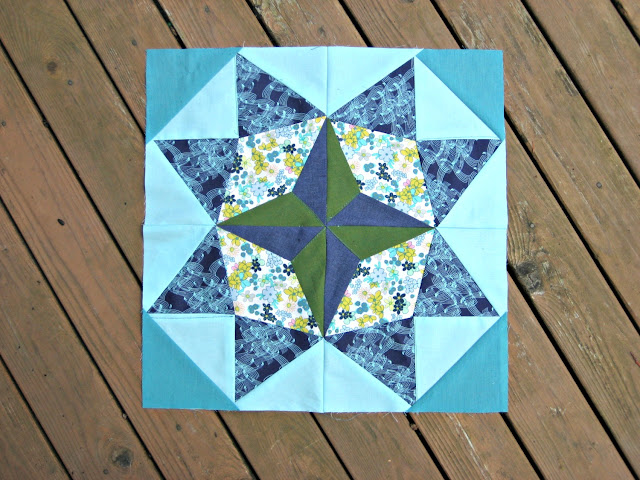 Well they really are - and I don't blame them. I was pretty conflicted about making the Marcelle Medallion - I've seen a few versions I love (and wanted to avoid to temptation to copy them exactly so I'd know I'd like my end product), and a lot that I like well enough but not enough to want to make something so complicated.  It gave me some horrible flashbacks to the Modern Medallion from the Handstitched class at Stitched in Color (not that it wasn't a fun quilt to make, but the hours of hand sewing almost did me in!)

This weekend I realized if I got busy I might be able to start and keep up with the quilt along happening at Penny Poppleton, and I figured what did I have to lose?  Besides, the other 20 projects I am in the middle of can wait.

A few months ago I'd ordered Liberty Love in case I ever got around to making this, so luckily I was prepared.  Choosing color/print combinations however, isn't my strong suit - I put together a green/purple bundle for the medallion, and then a blue/green bundle.  The husband liked the latter (for some reason I insisted on getting his input).  He said something about how I could totally make him one if I used dragons though....

I put together a template to foundation piece the blue/green bundle, and decided to EPP the green/purple one, figuring I'd use whichever one I liked best.  I finished the first last night, and was going to keep working on the other but realized
1. I sewed a green square of dark green into where light green should go so have to unpick it.
2. Screw it - the blue is done so the blue will be made!


There were some problems with the foundation piecing, somehow a few of the squares ended up 1/8" over on one side (guess it wasn't a perfectly square template) and one of my points doesn't line up in the middle, and the same square doesn't match up in another place.  I had to baste some pieces into place too due to the way my template was laid out, but that will be just fine once I do some quilting on it.  I'm going to just call it quirky and move on.

I haven't done flying geese and only done 60 degree triangles once before, so I'm trying not to shudder at the next steps and get excited about it. I have most of the day free to sew, so I'd better start choosing borders!