Sew Together Bag - Take One 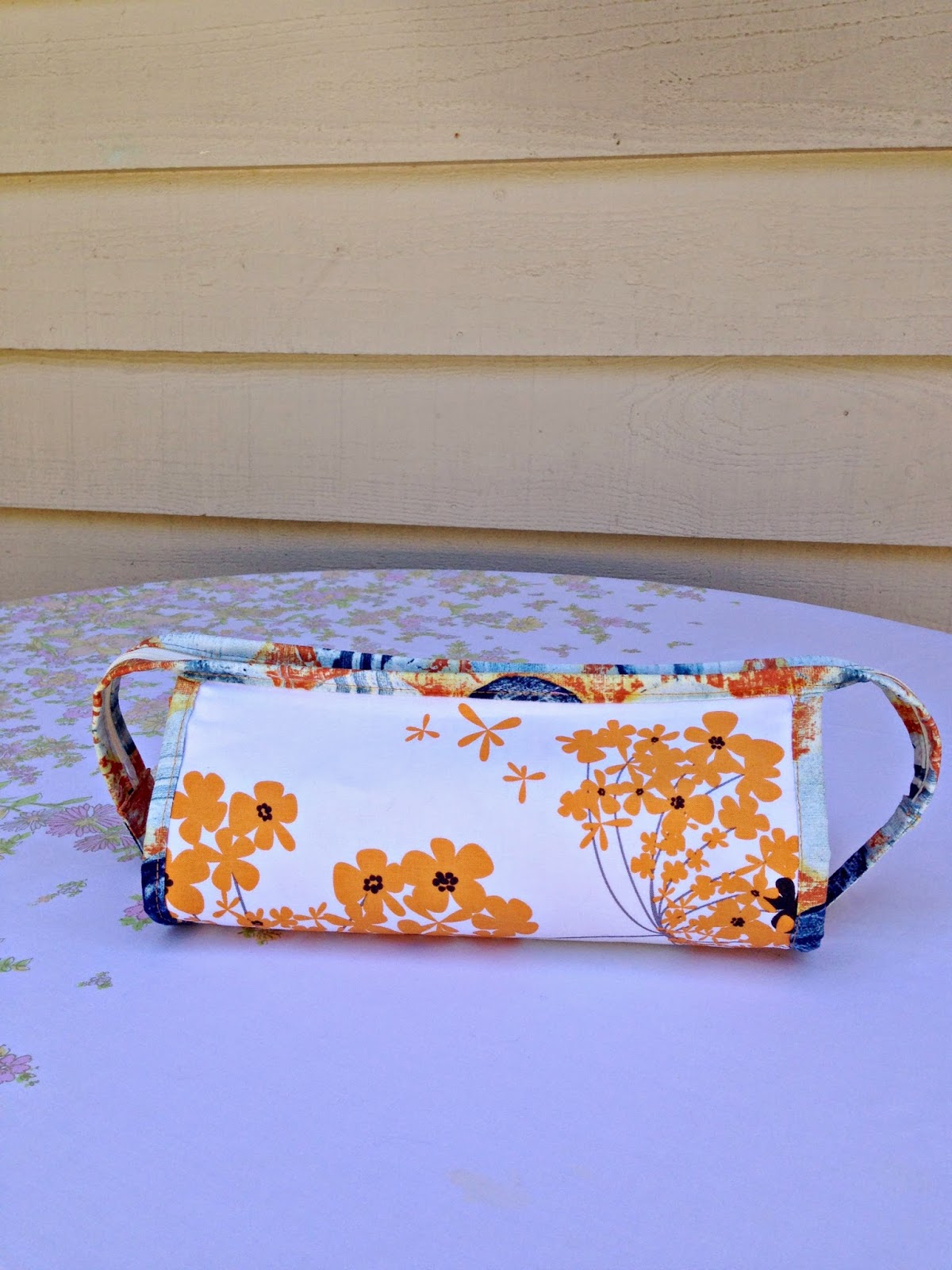 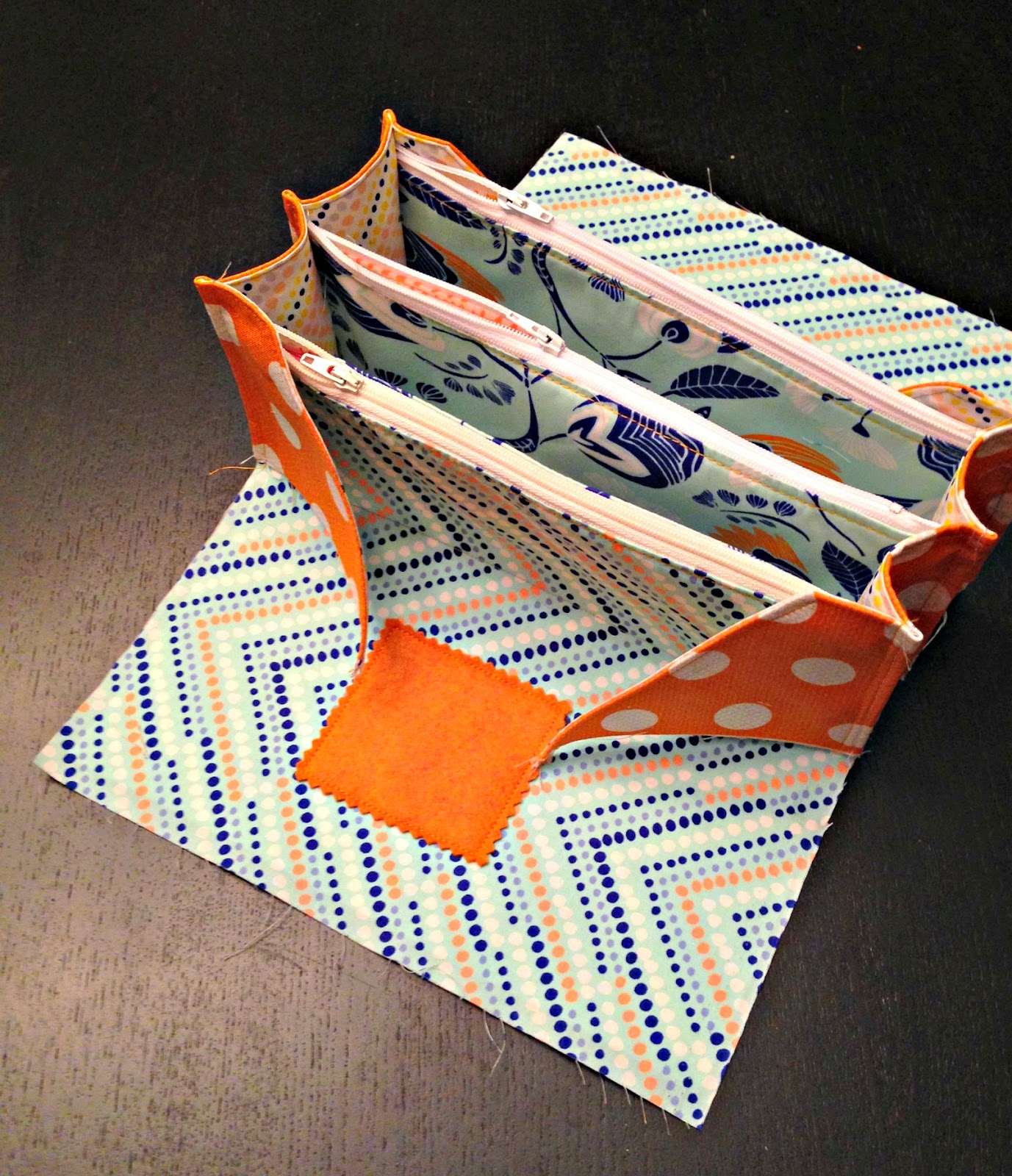 I thought this sew together bag was an awesome looking pattern, and saw a lot of pretty versions of it.  I read lots of reviews and tips and it seemed like making two at once was the way to go, to learn, so I had fabrics set aside and partially cut out for when I got around to it.  When I had time to sit down and start it and realized I was making them for *peoplewhoarenotme*  so I decided to nix those and make one out of fabric I love.

Lo and behold, I had a lot of trouble with doing this.  I couldn't chose single fabric to base this on.  That sure says something about my stash, huh?  I settled on a color scheme - orange and blue.  I don't even know how I feel about those colors together, but I have a surprising amount of orange and blue fabrics so... why not? 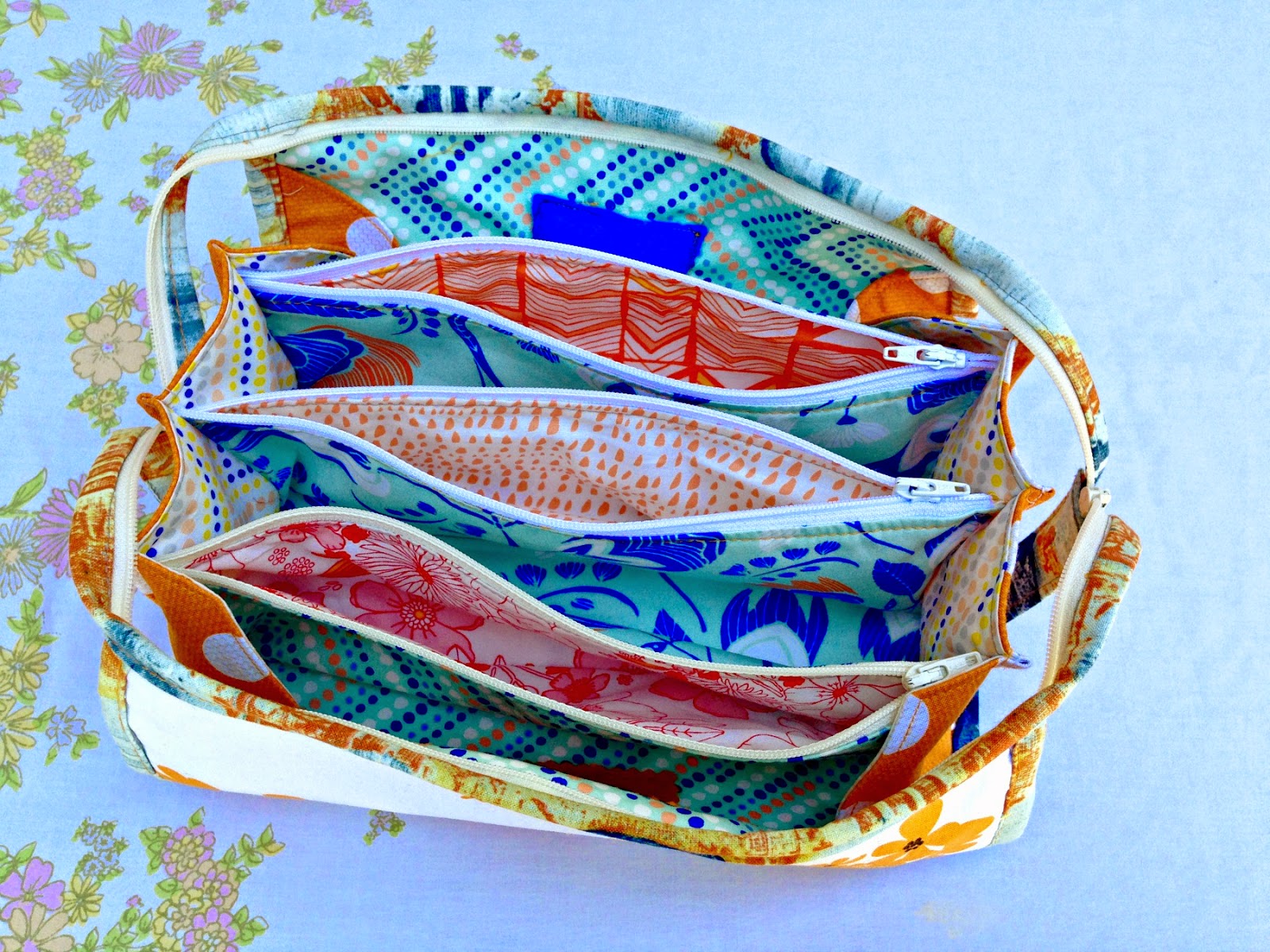 I followed the sewalong tutorial  which was helpful - especially how it was broken down into five days so you weren't overwhelmed.
I'd read reviews that made it seem stressful, but besides one area where it was a bit unclear what you were supposed to do, this helped a ton.  I'll say the directions themselves were minimal IMO, and would've benefited greatly from picture or drawings about what the hell you were supposed to do.  This is why I always try to read a few reviews of a pattern before buying it - or waiting for a sew along. 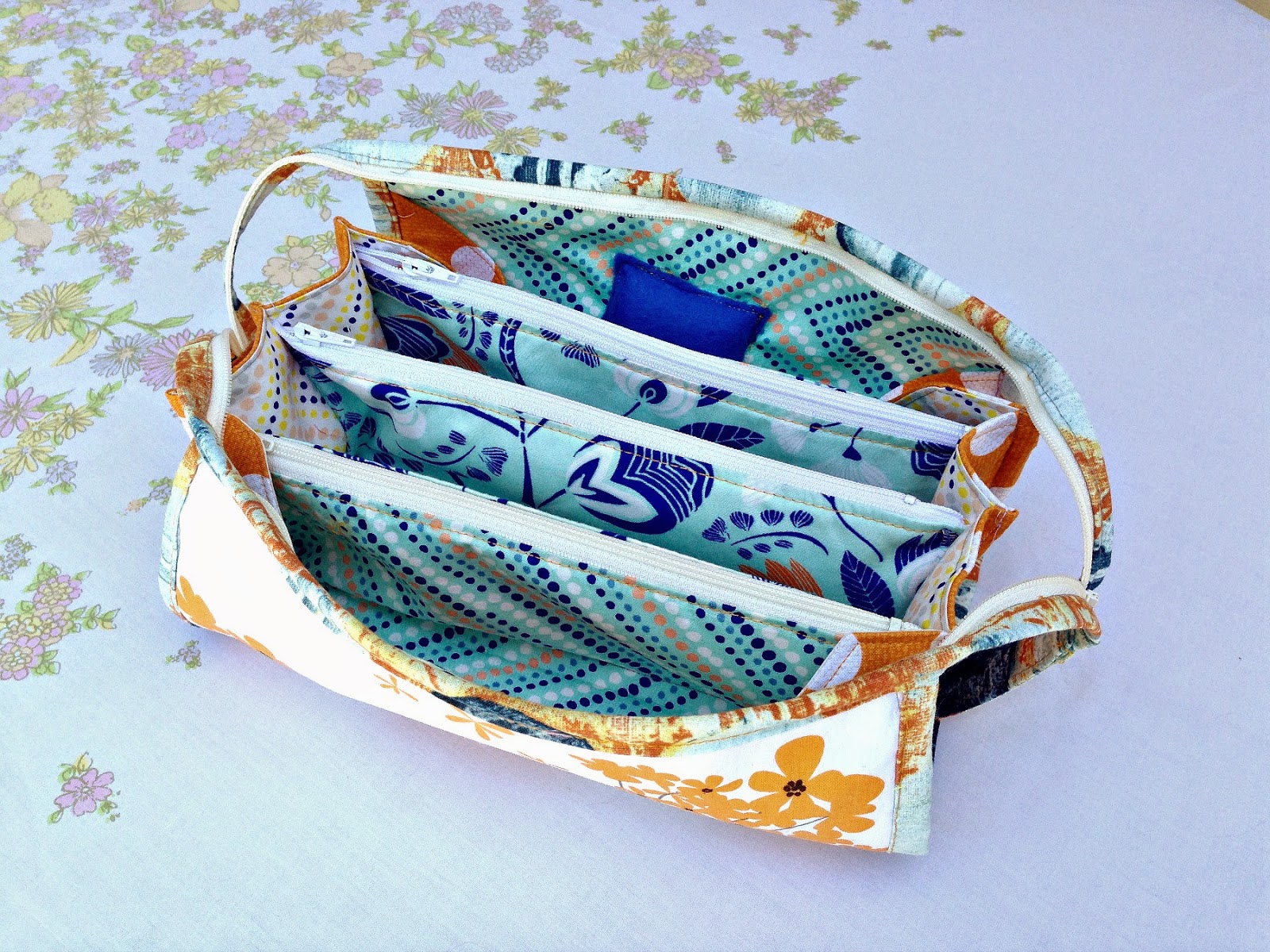 Note: I also found this website to be a great tutorial for sewing the bag together, Cassandra has a great set of photos to walk you through making it.  I read a HELL of a lot of walk throughs before I settled on switching between this and the sewalong.

Surprisingly, I admit, this was kind of fun to make.  I liked watching it come together and comparing it to other people's as they put it together.   I put a pincushion on one side, and a felt piece for needles the other.  Directions on the pattern are nonexistent for this so yay for the internet!


Here is the bad thing.. I have NO need for this bag.  My travel crafts are embroidery and hand sewing, and I already have more useful bags for this, including ones that fit a hoop or two. That said, I should be able to jigger it so it has less pouches but is taller, with a bit of  *math*  I happen to suck at math, but I love the idea of having a couple zippered pouches for various projects instead of fishing floss bobbins out from a tangle.  I'll figure out that damn math sooner or later!
Posted by Ali at 12:58 AM