Lush Uptown, a Pillow For a Hunter. 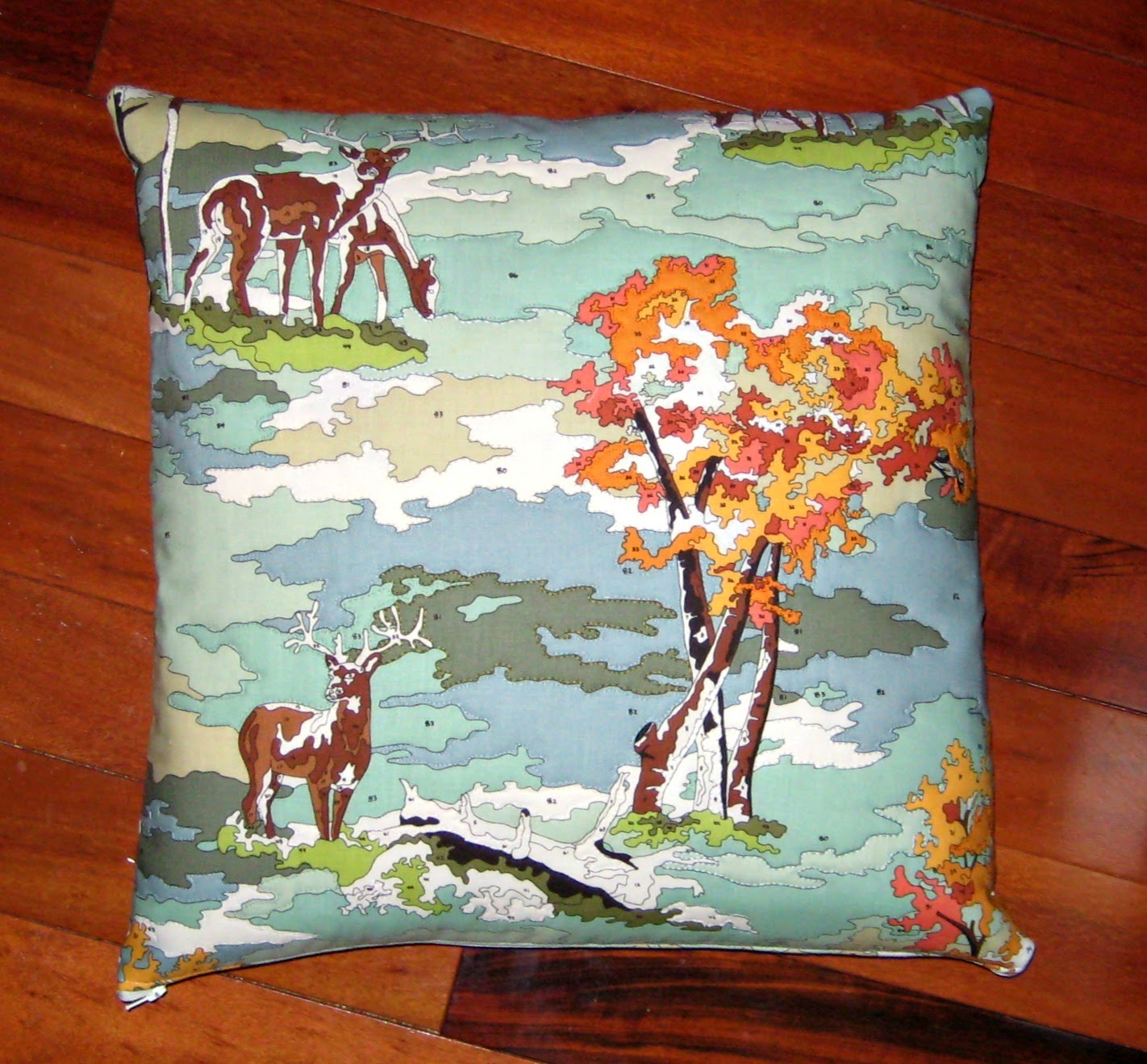 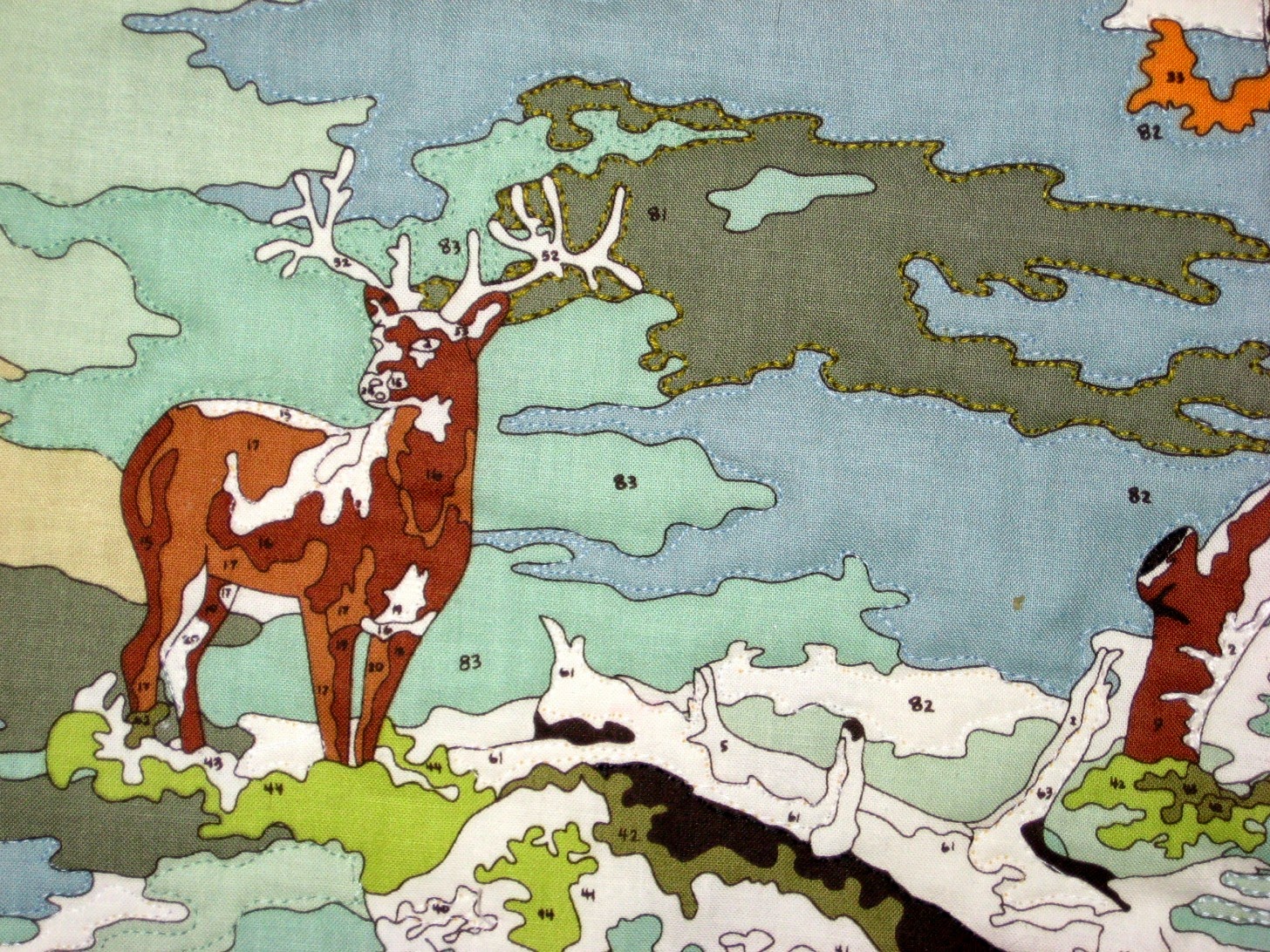 This is just a pillow I made for my favorite Bambi murderer, I mean person who is OK with the fact that meat doesn't come from a grocery store if you really think about it.  As soon as I saw this print from Lush Uptown which seems to be a re-release from 2008, knew I had to make him something from it since he wasn't making it out for hunting :(

I thought it would be easy and fun to embroider around all the different paint by  number colors with a backstitch. 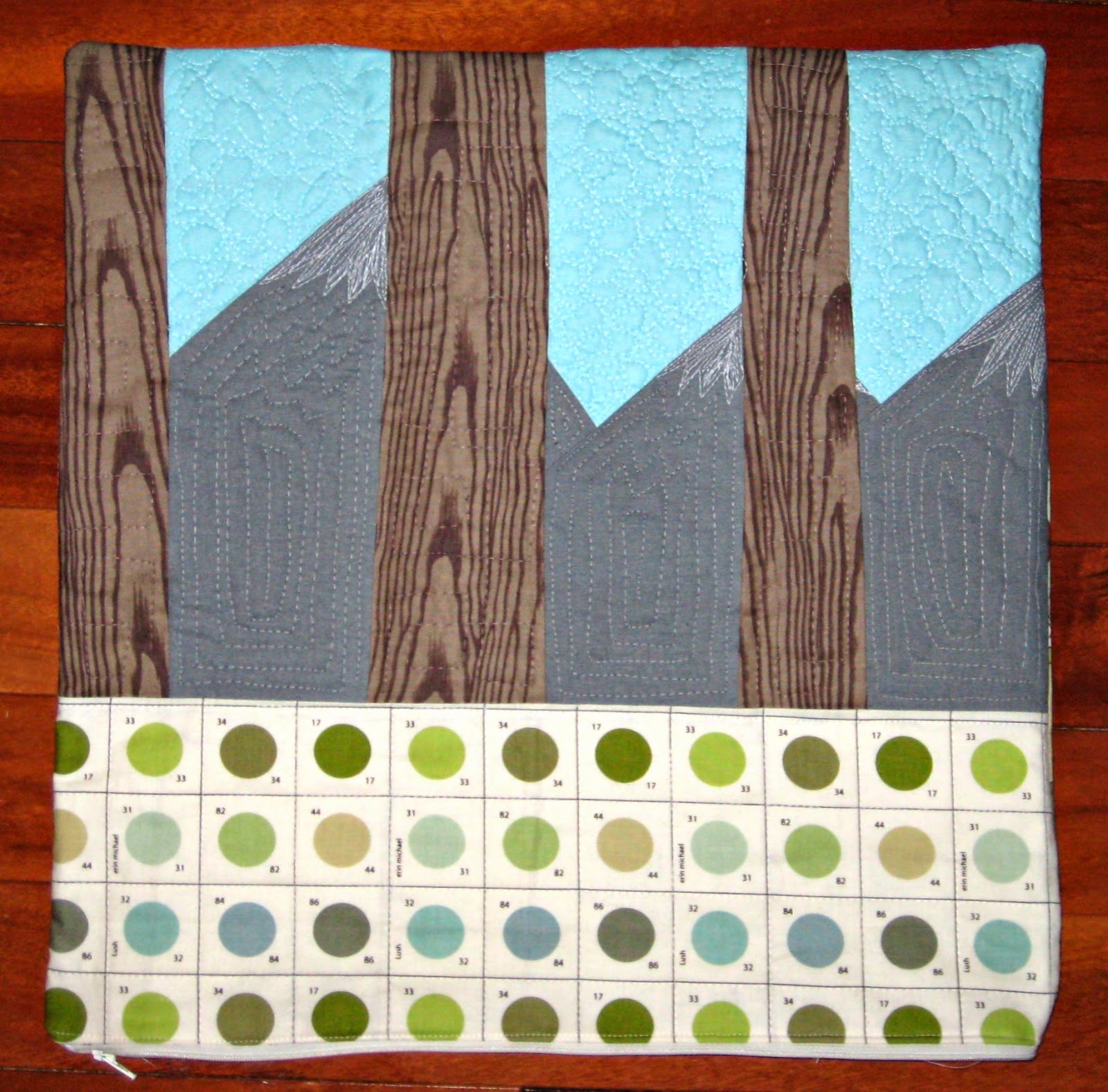 say how many hours I spent just doing the bits that I did.  It's a hassle, all those little curves made my head and fingers ache.  I ended up FMQ more of it than I embroidered because life is short and I didn't want to die while still working on this.

The back is a paper pieced thing I put together, I won't admit how many problems I had with it, but uh... yay it's done!  I don't hate it overall, and screw it, maybe nobody ever made him a pillow before and he'll appreciate it ;)

On the brighter side it gave me a chance to order a FQ of all the painter's palette prints which I'm a big fan of!
Posted by Ali at 11:50 AM

Email ThisBlogThis!Share to TwitterShare to FacebookShare to Pinterest
Labels: pillows